The ‘Basses danses’ of Margaret of Austria

A unique witness to the cultural life at the Habsburg-Burgundian court.

The ‘Basses danses’ of Margaret of Austria is a unique manuscript kept in the vaults of the Royal Library of Belgium (KBR). It is an oblong book measuring 12.8 by 21 cm and it enclosed 25 black parchment sheets on which text and music have been written in expensive gold and silver ink. Because of its artistic value and exceptional content, the manuscript is considered one of the highlights of Burgundian-Habsburg culture. However, interest in the manuscript contrasts sharply with its inaccessibility: only in exceptional cases does the dance booklet leave its safe in KBR. A research and valorisation project initiated by the Alamire Foundation offers solutions and opportunities. 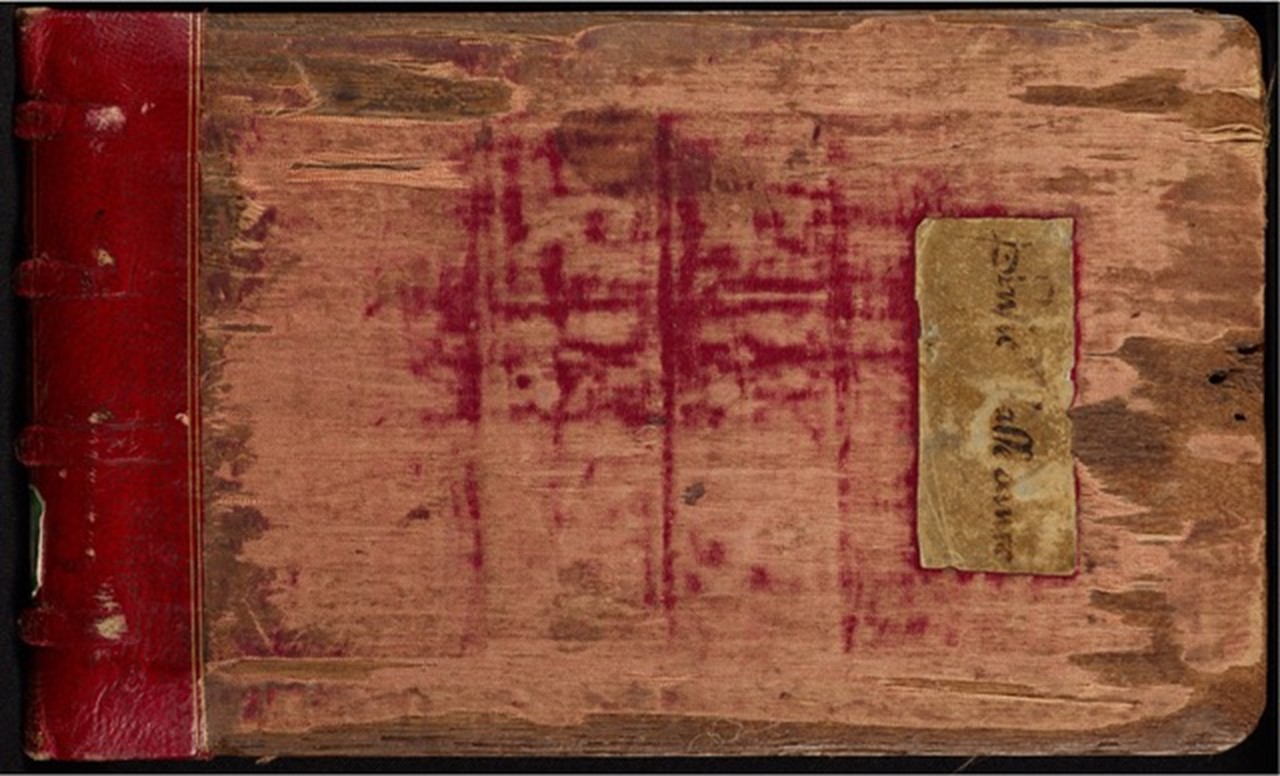 Except for the restored spine, the manuscript still has its original binding. The wooden boards are covered with red silk with a diamond pattern. Due to their fragility, few textile bindings from the Middle Ages and the Renaissance have been preserved. As soon as they showed signs of wear, they were replaced by their owners, often according to their own taste.

The label on the front cover indicates the contents of the manuscript: in sixteenth-century script, it reads: Plusie(urs) basse danse. Although very few melodies survive, the complex and refined “basse danse” was particularly popular at the European courts in the fifteenth and sixteenth centuries. The Burgundian-Habsburg princes, their families and entourage were also familiar with these “low dances” characterized by controlled steps in which the feet always remain on the ground.

With its fifty-eight dances, accompanied by their melodies and choreographic instructions, this manuscript is known worldwide as the richest and most important source for this genre. The codex was probably compiled shortly before 1500. This makes it the oldest known dance book from the Low Countries. 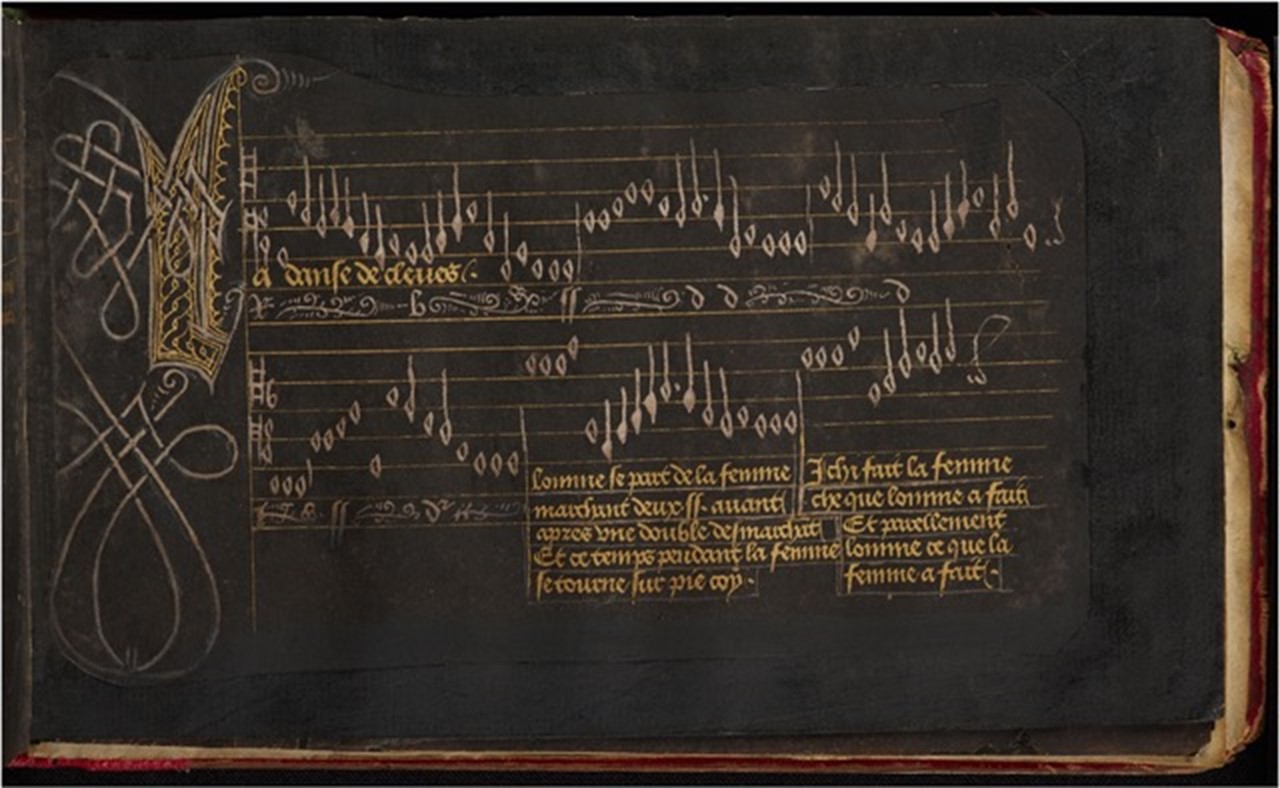 The luxurious execution betrays that it was not merely intended to be used by performers. The colour of the parchment is not accidental nor casual. In the Middle Ages, black was mainly associated with class and prestige. This probably explains the colour’s particular popularity at the Burgundian court. The luxurious character is further accentuated by the use of gold and silver ink and by the attention paid to the text characters and musical notes.

The manuscript is extremely fragile, which results from its most striking material characteristic: the colour of the parchment. As far as known, only three complete manuscripts on black parchment survive today. All these sources face the same problem: black parchment tends to crumble, so that every manipulation involves risks of deterioration.

The recent digitisation in high resolution by means of the mobile Alamire Digital Lab of the Alamire Foundation has provided an alternative that can be used for research and analysis. Among other things, the particularly high zoom options bring considerable added value. Complementary to the scheduled online publication via the Alamire Foundation’s Integrated Database for Early Music and the KBR website, the project aims at realising a new facsimile edition in the Leuven Library of Music in Facsimile series, that meets the current quality requirements for faithful reproduction. The accompanying study by leading experts, in which the manuscript will be examined from various angles, should not only provide a state of the art of existing knowledge and insights, but also an impetus for new and innovative research.

A unique ambassador for research and valorisation

New initiatives around the “Basses danses” also offer new valorisation opportunities. The facsimile can be used for museum purposes and will be integrated into the KBR museum (opened in September 2020), devoted to the ducal library and the Burgundian-Habsburg culture. The facsimile of the “Basses danses”, which can be shown more permanently, will testify to the musical life at the Burgundian-Habsburg court.

The dance book attracts the attention of artists as well. Not only for choreographers but also for musicians working according to the principles of historically informed performance, the manuscript is a first-rate source.

How do we support them?

The research and valorisation project of the oldest known dance book from the Burgundian Netherlands is a partnership between the Alamire Fondation and AMUZ (Flanders Festival Antwerp) in collaboration with the KBR. The VGP Foundation finances the project containing: